Nails can disclose your health-related affairs. They can tell you a lot more about the repressed conditions of your health.

The Change in color, texture, thickness and shape reveals the type of disease or deficiency in your body. We will study a few number of nail findings related that can be the indication of a chronic disease or any vitamin or protein deficiency.

Terry’s nail which is a condition caused due to reduced blood supply to the bed of the nail. It can be caused due to a variety of medical conditions like diabetes, chemotherapy, heart problem, liver disease, or any other malnutrition.

Dark lines or Dark stripes flowing down the nails:

This is the most common type of nail condition fairly found in black people over the age of 20 years. It is a form of skin cancer that affects the bed of the nail. It normally appears on one nail and affects the nail fold or around the vicinity of the skin.

This is a condition where the tissue under the bed of the nail thickens and the fingernail gets rounded or curvy shape. Clubbing is caused due to increased blood flow to the tips. It is hereditary and harmless. However, if it develops unconditionally it can be due to stomach related problems like cancer, cirrhosis, polycythemia (a condition where blood is thick).

Koilonychia (Sharp depression on the nails)

It is a condition of the fingernails having a curve like spoons which is inwards. It may be due to anemia (iron deficiency), hemochromatosis (the body contains increased iron).

Depressions in the nails (pitting or dents)

Nail pitting is caused can be related to multiple problems like Psoriasis –a skin condition characterized by scaly patches, eczema– a skin condition that causes cracked, red or itchy skin.

Lines which are deep and grow across the nails are known as Beau’s lines. The condition of a person having chemotherapy, an injury or previous illness. It forms a groove at the nail’s base. There are horizontal indentations observed in the nails. You nail stops growing temporarily in this condition. It can be caused due to trauma or illness which is severe in condition. 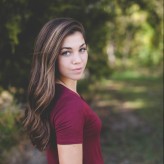 Testing, writing and sharing everything terrific for female. Fill my everyday with skincare, fashion and fitness.