Self-made millionaire Barbara Corcoran has “the best people skills” of all the investors on ABC’s “Shark Tank,” according to her co-star on the show, Mark Cuban.

And it was Corcoran’s gut for entrepreneurs that helped her decide to invest in Holly Cooper, founder of food company Fried Green Tomatoes.

“Our food truck makes everything fresh to order,” Cooper told the Sharks during the episode. “Our bacon, lettuce, fried green tomato sandwich is the favorite. We’re known best by visitors from all over the country for our hand-battered, fried green tomatoes, fried pickles and our secret sauce.”

After trying Cooper’s food, the Sharks were impressed.

“For most of our [food truck] events, we’re doing $600 to $800 an hour in business, with customers waiting more than an hour to get their favorites,” she said. And “it’s more than a food truck, we have a product.”

The Fried Green Tomatoes food truck is located in Nashville, Tennessee, but the company’s batter and secret sauce are sold in boutique stores nationwide.

“I was in the restaurant business for about 18 years, actually owned a small cafe, and sold that business. Then, I got into commercial sales, for commercial fuel, plumbing, HVAC business, electrical business — you name it, honey, and I can sell it,” Cooper said.

“I lost my job. I was the No. 1 sales rep for the company. I was No. 3 in the nation. And I had just sold a state contract, and they let me go. So that’s why I started by business, so I could be in control of my destiny.”

Cuban replied, “Good for you.”

And Corcoran said, “I’m going to tell you why they fired you. They were jealous of your talent.”

“I remember when the Cousins Maine Lobster boys came in here, the two cousins. The most important question they answered was, ‘How much business are you doing a day?’ They had only been in business three months and they said, ‘$5,000 a day,’” Corcoran said.

“You obviously can sell like crazy,” Corcoran said to Cooper.

“I am your dream partner. But I’m going to have to be very well paid because I can do so much for you, and I can make you rich within two years, no doubt in my mind. Let me tell you something, you can make an empire of franchises out of this.”

“That’s a no-brainer,” Cuban told Cooper. “Stay here,” he said as he pointed at Corcoran. “She’s worth it.”

“It was worth giving up a little bit more equity to get Barbara because I knew that she had the experience to do what we needed and she’s the Shark I was after, so we’re thrilled,” Cooper said. 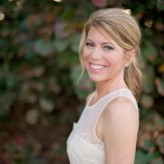